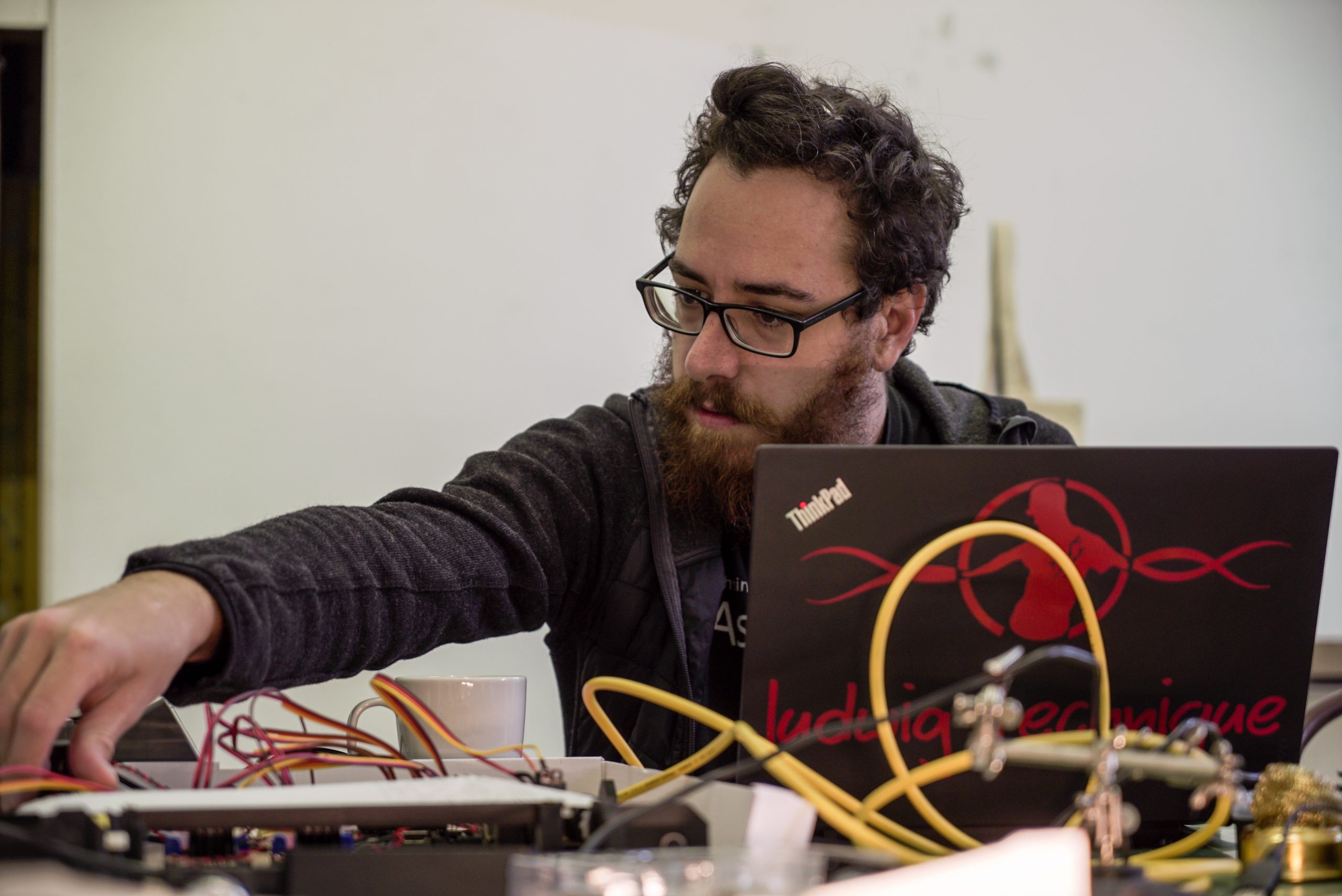 ludwig technique (a.k.a. Johannes Payr) is a cross-media concept and performance artist who lives and works inInnsbruck, Austria. As self-described media agnostic and generalist dilettante, he works in very diverse fields, fromsoftware development and construction sites to theater productions (both as actor and technician), amongst others. In this spirit, he prefers not to differentiate between “work” and “art”, and embraces a holistic approach to life and the universe in general. Currently, he is studying Medical Technologies in the masters program of the MCI(Management Center Innsbruck).

ludwig technique often works collaboratively, as this allows him to explore more modalities and create more faceted, immersive experiences. As modern production techniques and distributed manufacturing become state of the art, ludwig technique incorporates them into the creation of his works, making use of the humane and production resources of local maker communities. Being transparent about the distributed production process and the people involved is an important aspect of his art. Common themes for ludwig technique are recursive systems (e.g. feedback-loops), with a focus on the human body, especially the central nervous system. He sees art as a means of pushing the boundaries of collective human perception, an inherently human endeavour of exploration, related to scientific research. He is interested in exploring practices of action and reflection in the context of spaces and communities.